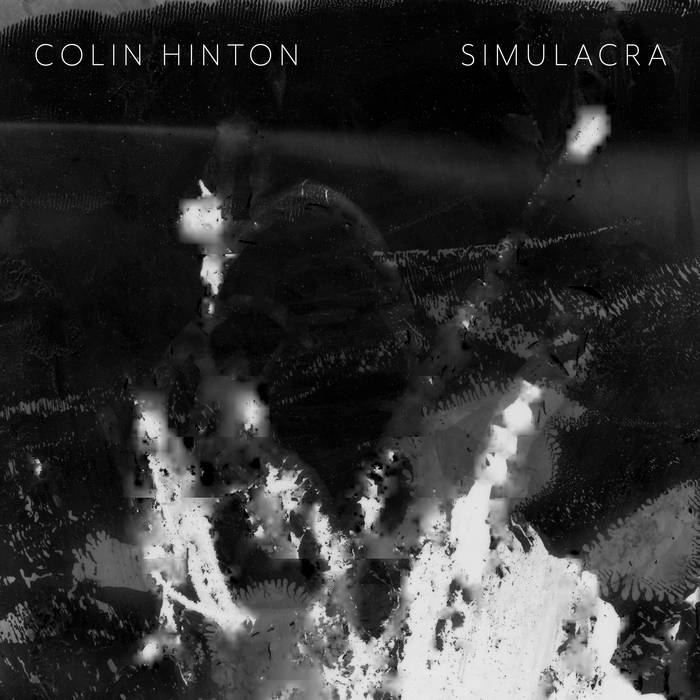 "How does this singularity for which I am affectionate come to be expressed in what can only be simulated?" might be how Colin Hinton's Simulacra approaches its realization. Simulation is captured singularity. Recording is one such procedure of capture. The singularity of performance transduced, thereby modulated, into simulacra-in-wav format. Simulacra the record convokes in its capture an affection for the mentors, community, and the lineages within which Hinton situates himself. Singularity is that which is inexpressible, yet yearns to be expressed. It empowers affection and in-so-doing generates simulacra. It is this singularity driven affection from which this Simulacra emerges, and to which it necessarily returns.

"The album contains pieces composed with specific musicians/composers in mind, the word seemed fitting," explains Hinton. The mystic chord as foundation to "Synesthopy" adheres not just to his affection for Alexander Scriabin but undoubtedly also for his teacher Eric Wubbels who himself shares affection for the Russian quasi-theosophist. A similar sentiment follows for the adherence of both Morton Feldman-like and Tyshawn Sorey-like elements to the piece "Breath". Sorey, himself a Feldman enthusiast, is a vital friend and mentor to Hinton both currently and throughout his developmental years in New York. Ingrid Laubrock, Hinton's former teacher, Muhal Richard Abrams, progenitor of the AACM, and polyvalent instrumentalist/composer Anthony Braxton all also participate in the conflux/capture.

Because recording is captured singularity, to begin to describe it reduces its intense complexity to a limited combinatoriality. The singularity of listening experience here crystallized is what allows the recording-simulation to return to singularity. What then of simulation? Simulacra is an unfolding of such singularities contextualized and expressed by their convergence into recording. "Imitation is the sincerest form of flattery"; simulation is the most genuine expression of affection.

The biblical, Ecclesiastical simulacrum does not ascribe primacy to either truth or simulation, but to truth in affection: love. They are concomitant, adhering to their own allegories. In paying homage to those for whom he is affectionate, Hinton expresses this truth and conjures into being allegories through which others might participate in that truth/love. What is then evoked upon listening is just this. Affection and love. Experiential adhesive and world-glue. Everything beyond simulation.

Engineered by Aaron Nevezie and Nolan Thies at The Bunker Studio in Brooklyn on September 11th, 2018

Edited by Edward Gavitt in November 2018

Mastered by Brent Lambert at Kitchen Mastering in March - April 2019

Special thank you to Anna, Yuma, Ed, and Shawn. Your support and enthusiasm throughout this project mean so much to me.

Bandcamp Daily  your guide to the world of Bandcamp

Featuring interviews with the mighty Hiatus Kaiyote and genre-busting L'Rain.